The Convention on International Transport of Goods Under Cover of TIR Carnets (TIR Convention) is a multilateral treaty that was concluded at Geneva on 14 November 1975 to simplify and harmonise the administrative formalities of international road transport. (TIR stands for “Transports Internationaux Routiers” or “International Road Transports”.) The 1975 convention replaced the TIR Convention of 1959, which itself replaced the 1949 TIR Agreement between a number of European countries.[2] The conventions were adopted under the auspices of the United Nations Economic Commission for Europe (UNECE). As of December 2018, there are 76 parties to the Convention, including 75 states and the European Union.

The TIR system not only covers customs transit by road but a combination is possible with other modes of transport (e.g., rail, inland waterway, and even maritime transport), as long as at least one part of the total transport is made by road.

To date, more than 33,000 international transport operators had been authorised (by their respective competent national authorities) to access the TIR system, using around 1.5 million TIR carnets per year.

In light of the expected increase in world trade, further enlargement of its geographical scope and the forthcoming introduction of an electronic TIR system (so-called “eTIR-system”), it is expected that the TIR system will continue to remain the only truly global customs transit system.

How to fill in a TIR Carnet 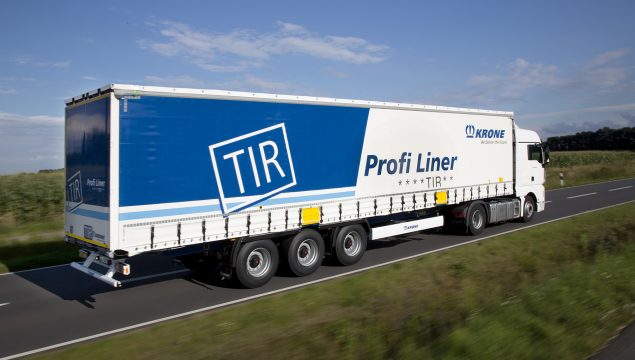 The CMR Convention (full title Convention on the Contract for the International Carriage of Goods by Road) is a United Nations convention that was signed in Geneva on 19 May 1956. It relates to various legal issues concerning transportation of cargo by road. It has been ratified by the majority of European states.[1] As of February 2017, it has been ratified by 44 states.[2]

Based on the CMR, the International Road Transport Union (IRU) developed a standard CMR waybill. The CMR waybill is prepared in three languages. On the back is the text again in three languages. This aids the waybill in being accepted and recognised throughout Europe. Checked by customs and police, a transport document must be present when the shipment is transported. The document itself is not prescribed; there is a minimum of information required on the CMR. If hazardous substances are being shipped, some additional information is required, as described in ADR.

As of the 27th of May 2008, according to an additional protocol to the CMR-convention,[3] it is also possible to use an updated electronic consignment note – eCMR. As of February 2017, several solutions are available. ITD, Trade association for the Danish road transport of goods has developed a solution; the eCMR waybill. The eCMR is also available on the market in France, Spain and the Netherlands.